We LOVE our Cannabis Community!

Is cannabis coming to the NFL? Maybe – for a price (of course)

Forbes magazine is reporting that the National Football League (NFL) is considering a change to their drug testing policy. 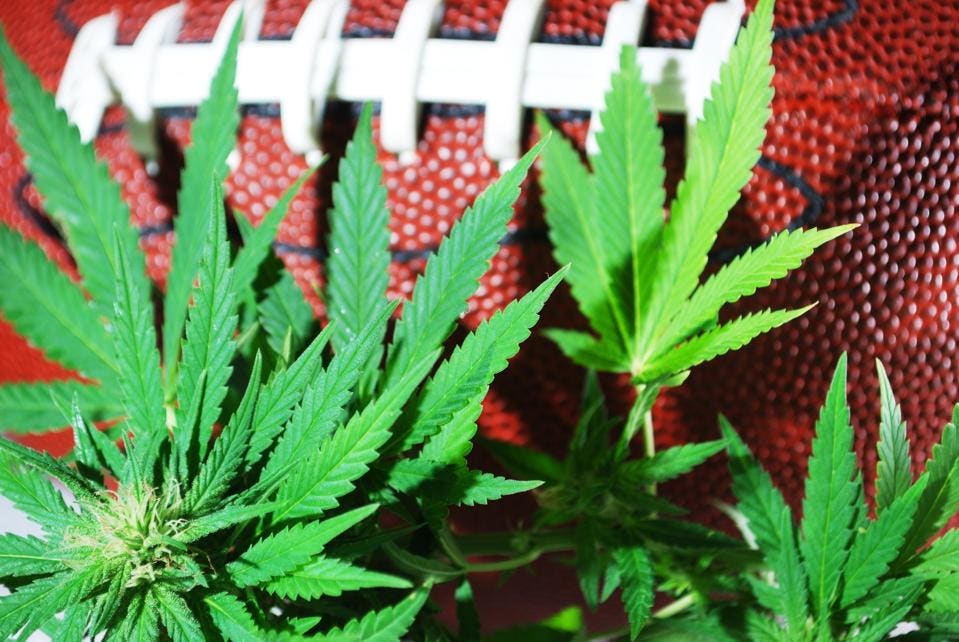 “As more states continue to legalize marijuana for recreational and medicinal purposes, the NFL is starting to change its tune”.

“The league, which currently bans marijuana use, is almost ready to consider changes to its testing policy, according to NBC Sports’ Mike Florio. Under the current policy, players are subject to suspensions following two positive tests. The first positive test puts a player in the NFL’s Stage Two intervention program, which means increased testing for up to 24 months”.

“The NFL, however, has grown tired of its players missing games over a substance that the public increasingly no longer considers serious. A softened stance, meanwhile, would be beneficial to players, who could freely turn to marijuana for pain relief instead of getting hooked on opioids”.

The NFL realizes that there’s no longer any good reason to keep the best football players from playing football over marijuana. But the NFL isn’t yet willing to make dramatic and wholesale changes to the marijuana testing policy because the NFL hopes to dangle the changes within the context of collective bargaining, securing a concession from the union in exchange for softening a policy that badly needs to be softened.

“The current CBA is set to expire in 2021, meaning any changes won’t be immediate. Florio added that it’s unlikely the NFL would try to change the policy outside of CBA negotiations, as it wants to get something in return”.

This site uses Akismet to reduce spam. Learn how your comment data is processed.